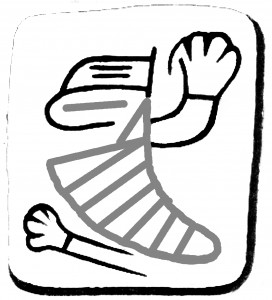 This is a crude drawing of either some animal or insect. It is very like some of the cliff-dwellers drawings of insects on their guide posts of Arizona. JC

Tablet number 0276 is mentioned in Copies of Stone Tablets Found By William Niven at Santiago Ahuizoctla Near Mexico City, and is shown as one of the tablets in Niven’s show case #6 from his Mexico City storefront.

Due to the inability to gain a clear view of the image, it has not been reproduced.

This entry was posted in Uncategorized. Bookmark the permalink.